Filipino actress and singer Lovi Poe is set to star in the upcoming Hollywood film “The Chelsea Cowboy”, a biopic based on the life of actor, gangster and lothario John Bindon.

According to Deadline, Poe will play the British blues singer Dana Gillespie who employed Bindon as security and also allowed him to access the high life, notably on Mosquito Island where he met Princess Margaret.

Ben Cookson will direct the film from a screenplay written by Leon Butler. Executive producers include Idris Elba and Victor Glynn.

The Filipino actress took to Instagram to confirm the news, expressing her excitement.

“Aaaah… I can’t wait to start filming The Chelsea Cowboy in October. The film is a biopic based on the life of actor, gangster and lothario John Bindon. I will play British blues singer Dana Gillespie! Poe wrote on Wednesday August 25.

“I am delighted to work with this incredible creative team,” she added.

Filming for “The Chelsea Cowboy” is scheduled to begin in late September 2021.

Poe is best known for her roles in “Hindi Tayo Pwede”, “The Escort” and “Thy Womb”, which have performed in Venice, Toronto and London, among other festivals. She has also appeared in GMA Network’s television series including “Owe My Love”, “Someone to Watch Over Me” and “Ang Dalawang Mrs. Real”. 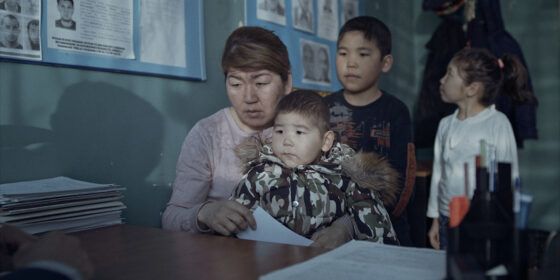 NUR-SULTAN – In recent years, the Kazakh film industry has flourished with a new generation …