From Mindanao to the world – the Southern Voices Film Lab

Things You See In Every Holiday Romantic Comedy

Streaming services: the Binging revolution and its consequences

The columnist with mentors and participants at the first stage of the SoVo Lab in Tagum City, Davao del Norte in June 2019

The Philippines has never been short of cinematic art, but more can be done to expand the diversity of our stories. There is still a film and art center in a country like Hollywood in the United States, Mumbai in India, and in our case, Metro Manila. But it is clear that there are also rich and promising stories on the sidelines.

Our passionate, courageous, creative and resourceful regional filmmakers have much to offer and much more to say; they just need additional platforms to get their messages across.

It is because of this awareness that the Film Development Council of the Philippines (FDCP) created regional programs, including its first regional film lab established in 2019, the Southern Voices Film Lab (SoVo Lab) to explore indigenous stories and empower Mindanao filmmakers.

We did not realize that our simple program to boost regional cinema would provide many opportunities for Mindanaon filmmakers to get noticed not only in other parts of the country, but also internationally.

From Mindanao to the rest of the world

The FDCP launched a call for applications in March 2019 from aspiring filmmakers residing in Mindanao and developing their first, second or third feature film. A development fund worth 100,000 pesos was each allocated to the seven selected projects: “Cangrejos” by Zurich Chan, “Dancing the Tides” by Xeph Suarez, “Devils in Paradise” by Joe Bacus, “Diwalwal” by Jarell Serencio, “Misery Mountain” by Orvil Bantayan, “The Widow” by Ryanne Murcia and “Virgins of the River” by Julienne Joy Ilagan. 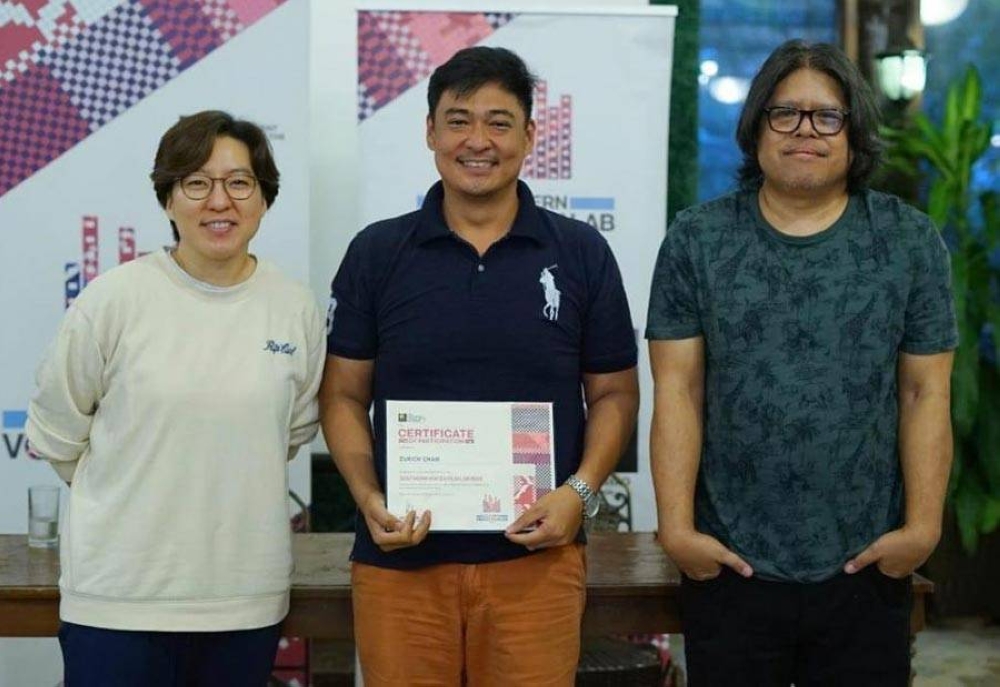 In February 2020, the SoVo Lab scriptwriting session in Davao City was mentored by writer, producer and director Dodo Dayao and South Korean producer Yeonu Choi of CJ Entertainment. The SoVo Lab was supposed to end in 2020, but restrictions related to the pandemic have caused us to postpone the latest events. It resumed in April 2021 with producer SoVo Lab’s online lab with producers Balbuena-Liew, Isabelle Glachant and Weijie Lai.

While the lab was underway, some participants were able to gain international attention. “Cangrejos” was chosen by Seafic 2019 and the Hong Kong-Asia Film Financing Forum 2021; “Dancing the Tides” was selected by First Cut Lab Manila 2019, Ties That Bind 2020, and Cannes film lab La Fabrique Cinéma 2021; and “Devils in Paradise” was part of the Asean-ROK (Association of Southeast Asian Nations-Republic of Korea) Film Lab Film Leaders Incubator (FLY), Asian Film Market 2019 and Full Circle Lab Philippines 2020.

“Cangrejos” producer Gale Osorio, “Dancing the Tides” director Suarez and “Devils in Paradise” director Bacus were at Seafic Open House 2019 while “Virgins of the River” writer, producer and director Ilagan joined the Rotterdam Lab 2021 of the Rotterdam International Film Festival.

An emotional ending that leads to more beginnings

With a remarkable run, the intensive script and development lab culminated last weekend with the pitch presentation and awards ceremony. It was difficult to conclude because of the overwhelming emotions. I’m incredibly proud of our SoVo Lab filmmakers, to see how far they’ve come and to know that they can do more when they produce their films.

I also shed tears like some of them of happiness and fulfillment. Seeing them beam with pride as they received certificates of completion, special recognitions and co-production grants made all the hard work – from everyone involved in the film projects as well as the FDCP teams who supported the film lab – worth it.

“Cangrejos” won the SoVo Lab co-production grant worth 1 million pesos and the Solar Sinag Award film distribution service worth 750,000 pesos. The offbeat dark comedy is absurd and funny yet enlightening as it deals with poverty and violence against the disturbing backdrop of a beautiful island.

“Cangrejos”, “Dancing the Tides” and “Devils in Paradise” are just three of SoVo Lab’s films that have garnered international attention.

Its director, Chan, was moved when his project won the top two awards. He shared on Facebook the other things he was supposed to say during his acceptance speech.

“Regional filmmakers still suffer from a lack of support and recognition, but having film labs like this helps validate filmmakers and their projects, which is a big step in building a community and making it sustainable,” said he declared.

The Crucial Need for Film Laboratories

The organization of film labs is at the heart of the FDCP’s film development support program, and we intend to continue this initiative to instill in the next generation of filmmakers the importance of emphasizing the value of the production.

The very reason we run development labs is that filmmakers understand the importance of humility in learning new things as well as receiving feedback, patience in working on a project, and respecting your project in giving time, love and commitment to discover the best. way of telling a story.

Thanks to SoVo Lab, we were able to discover talents and filmmakers from Mindanao and defend their stories that are generally overlooked in the sea of ​​Filipino films. Indeed, it is an honor to serve our stakeholders in Mindanao with a revolutionary film lab where Southern Voices is finally represented, heard and given the attention it deserves.

Previous The former Goldman Sachs banker who made “La Bohème” a movie
Next After 15 years together, Kiran Rao and Aamir Khan announce their divorce

Granada hosts the first performances on stage in decades | New

BLUEFIELD – For the first time in many decades, the Granada Theater in Bluefield will …