China’s Hainan Island International Film Festival will resume operations early next month for a fourth edition. Marco Mueller, former director of the Locarno, Venice and Rome film festivals, has been appointed as the new artistic director.

Mueller is now based in China and has previously advised Chinese festivals, including those in Shanghai and Pingyao.

The festival will be held from December 3 to 10, 2022 in Sanya, Hainan province. Its mission is to “strengthen international film cultural exchange and cooperation”.

The lineup hasn’t been announced, but it’s expected to include more than 100 films organized into six sections: Gala, Fest Best, Asian New Directors, Panorama, New Horizons and Classics. Titles will compete for Golden Coconut Awards in at least seven feature film categories, as well as a Best Documentary Award and a Best Short Film Award.

Additionally, there will be public screenings in other parts of the island, branded “Around the Island” and “Screening by the Sea”.

In addition, a section dedicated to the industry will see a revival of the H!Action Project Market, the H!Market Best Shooting Location Recommendation Conference and masterclasses.

A forum or discussion section will be led by Professor Yu Li. Topics include women’s films, documentaries, developments in China’s children’s film industry, filmmaking and technology.

“We must continue to question ourselves before, during and after the festival. This is also how you have to face the public of the 4e HIIFF – we must not stop asking them questions, seeing festival goers as a question, rather than an answer, in order to convey to them the fever of cinema, the passion for films,” said Mueller Variety. “We will continue to uphold the virtues of the festival as a starting point for popular knowledge and for viewing and discussing what is moving and emerging in the different modes of filmmaking in China and around the world, confirming the positive strands of contemporary cinema, and also indicating directions for future development.

Hainan, often considered China’s tropical resort town, is touted as a developing business center and a gateway for commerce and culture. It offers less stringent visa policies for entry and 30-day visa-free entry for citizens of 59 countries, including the US, UK, Australia and most EU countries. .

China is currently enforcing an aggressive zero-COVID policy that aims to eradicate the disease and has high cross-border entry barriers for health reasons and some ongoing inter-provincial travel restrictions. China’s State Council said the time foreign visitors must spend in mandatory quarantine facilities will be reduced from seven days to five days. But officials also said they were refining the rules, not scrapping them.

The festival said it expects to only be able to welcome foreigners who already reside in China for this year’s edition.

Hainan authorities last week ordered mass testing for everyone in Sanya on Saturday. But on Friday evening, they replaced that order with a request for residents to make their own arrangements and get tested every three days instead. 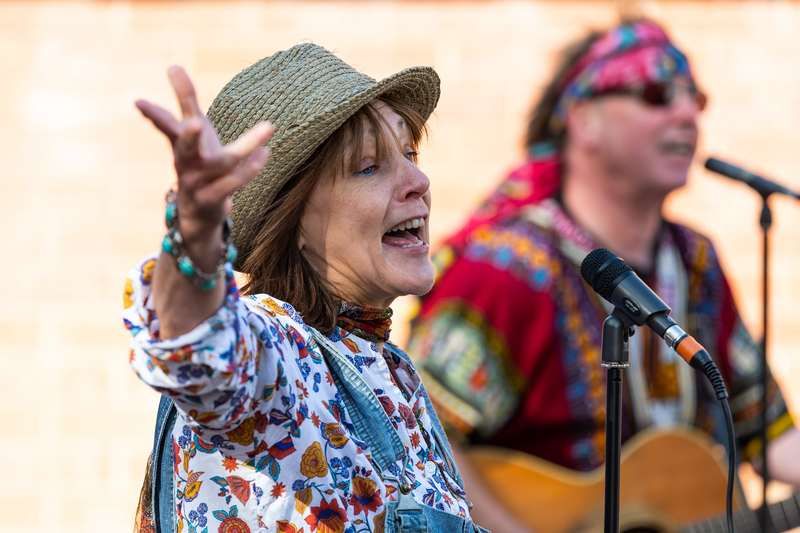